No Result
View All Result

Christopher Sign, formerly a reporter with ABC affiliate KNXV-TV in Phoenix, was found dead on Saturday at his home in Hoover, Alabama. The city police are currently investigating his death as an apparent suicide of the 45-year old. The investigation is ongoing.

ACLU’s Dishonest Claim “Racism Is Foundational To The Second Amendment”

“Our deepest sympathy is shared with Christopher’s loving family and close friends. We have lost a revered colleague whose indelible imprint will serve forever as a hallmark of decency, honesty, and journalist integrity. We can only hope to carry on his legacy. May his memory be for blessing.” ABC 33/40 Vice President and General Manager Eric Land said in a statement.

In 2016, Sign broke the secret Phoenix airport meeting between former President Bill Clinton and then-Attorney General Loretta Lynch. She at the time was in charge of the federal investigation into Hillary Clinton’s use of a private email server during her tenure as secretary of state. Sign also authored a book,  Secret on the Tarmac, published last year that further explained this secret meeting.

Sign, who became an Emmy-award-winning reporter, did not shy away from his job as a journalist or highlighting the numerous death threats he has received because of his reporting, specifically on the Clinton tarmac story. “My family received significant death threats shortly after breaking this story,” Sign said in early 2020 on Fox News.

Sign also went on Fox News recently to discuss his reporting on this story and highlight the details of his book and that now-infamous June 27, 2016 tarmac meeting. 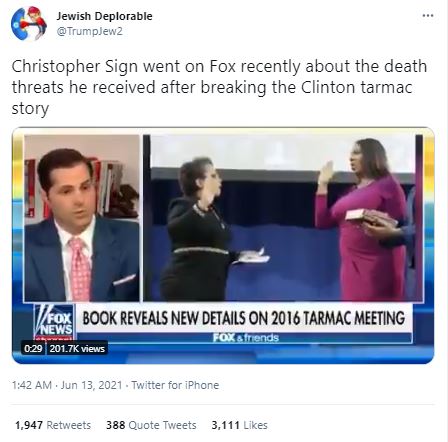 The Clintons and Lynch insist that this meeting was an amicable social conversation and that the email investigation was never brought up during their chat. Yet, Sign noted that there was more to the story of this secret meeting.

Sign’s premature death has led many to question if there is something we all have been missing. The world of journalism is mourning the loss of a courageous giant. 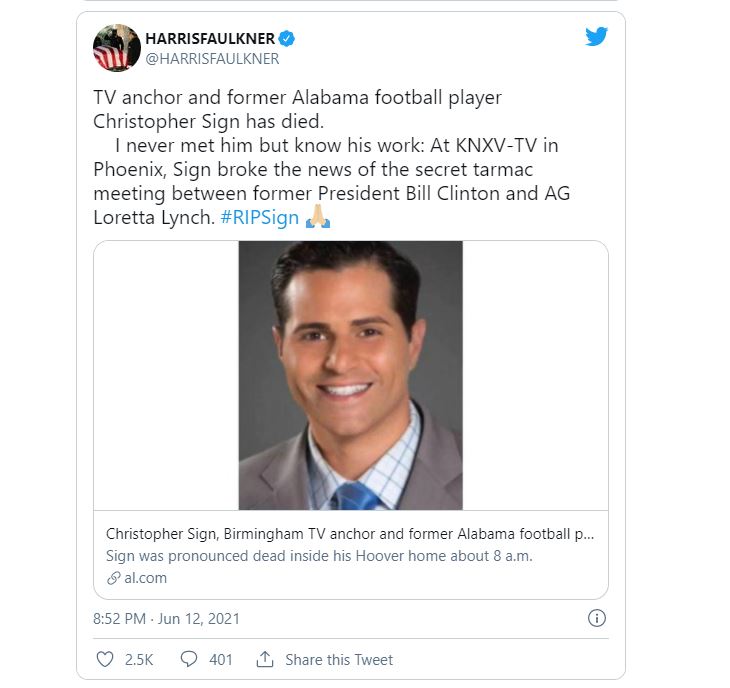 ACLU’s Dishonest Claim “Racism Is Foundational To The Second Amendment”

AOC Is Revolting Against Capitalism While Profiting From It

The 5 Renowned Republican Picks For Jan 6 Committee Are Revealed

ADVERTISEMENT
No Result
View All Result